Mogens Koch (1898 – 1993) was a Danish architect and furniture designer. From 1950 to 1968, he also taught at the Royal Danish Academy of Fine Arts, where he himself had previously studied. From 1925 to 1932, he worked for Carl Petersen, Ivar Bentsen and Kaare Klint, where he learnt the basics of Danish functional traditionalism. In 1928, he designed the famous Book Case in very fine solid wood for Rud Rasmussen. In 1932, he drew the folding chair, MK Safari, for the same company, followed by another folding chair for the Danish Society of Ecclesiastic Art, in 1933. As an architect, Mogens Koch mainly focused on the restoration of churches. 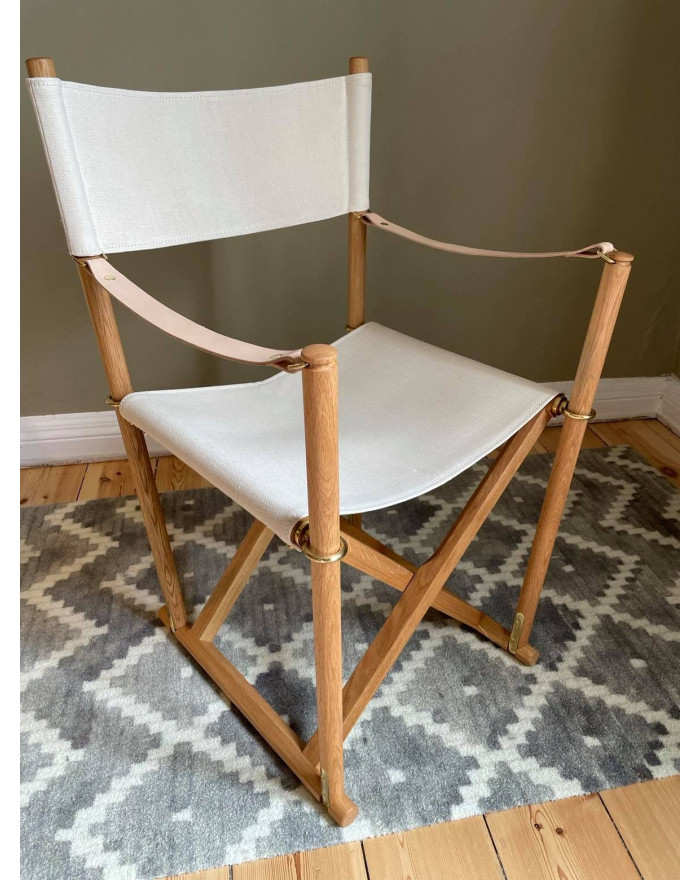