Harald Nielsen (1892 – 1977) is a Danish designer and close collaborator of Georg Jensen, for whom he worked for over half a century. As the younger brother of Georg Jensen’s third wife, he joined the company as an apprentice in 1909 and slowly worked his way up, as a designer, then head of the apprentice school. After Jensen’s death in 1935, Nielsen insured the high quality of the firm’s designs and production would be maintained, by selecting and training the designers and silversmiths according to Georg Jensen’s standards. In 1958, he was named artistic director of the company, until 1962. The designer also created a number of pieces of jewelry, hollowware, as well as his famous Pyramid cutlery sets. 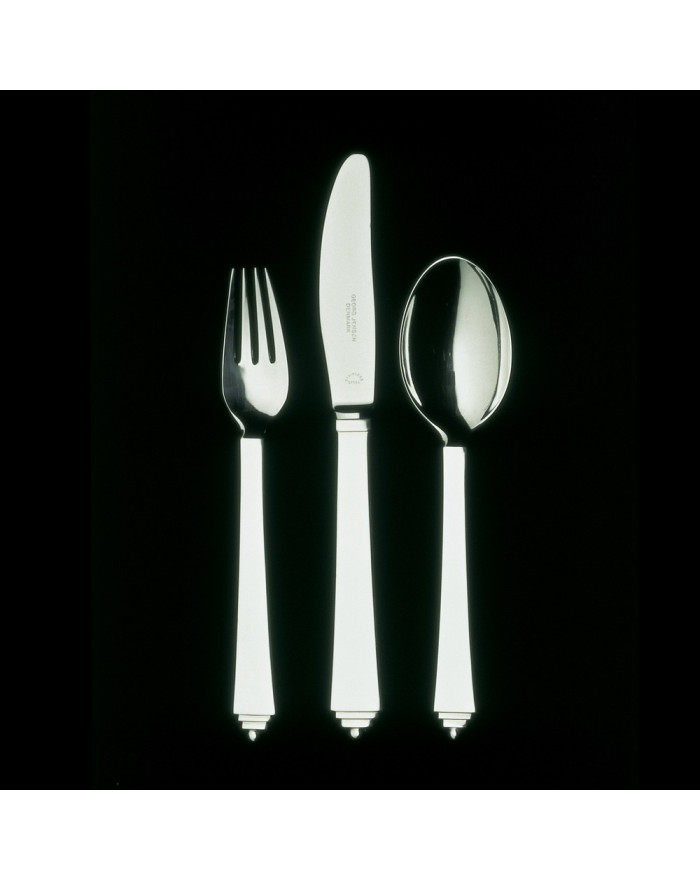 Harald Nielsen design for Georg Jensen, 1926Designer Harald Nielsen had a lifelong relationship working with silver. He joined the compagny as an apprentice in 1909.