Utzon was born in Copenhagen, the son of a naval architect, and grew up in Aalborg, Denmark, where he became interested in ships and a possible naval career. As a result of his family's interest in art, from 1937 he attended the Royal Danish Academy of Fine Arts where he studied under Kay Fisker and Steen Eiler Rasmussen. Following his graduation in 1942, he joined Gunnar Asplund in Stockholm where he worked together with Arne Jacobsen and Poul Henningsen. He took a particular interest in the works of American architect Frank Lloyd Wright. After the end of World War II and the German Occupation of Denmark, he returned to Copenhagen. In 1946 he visited Alvar Aalto in Helsinki. In 1947–48 he travelled in Europe, in 1948 he went to Morocco where he was taken by the tall clay buildings. In 1949, he travelled to the United States and Mexico, where the pyramids provided further inspiration. Fascinated by the way the Mayans built towards the sky to get closer to God, he commented that his time in Mexico was "One of the greatest architectural experiences in my life. In America, he visited Lloyd Wright's home, Taliesin West, in the Arizona desert and met Charles and Ray Eames. In 1950 he established his own studio in Copenhagen and, in 1952, built an open-plan house for himself, the first of its kind in Denmark. In 1957, he travelled first to China (where he was particularly interested in the Chinese desire for harmony), Japan (where he learnt much about the interaction between interiors and exteriors) and India, before arriving in Australia in 1957 where he stayed until 1966 .All this contributed to Utzon's understanding of factors which contribute to successful architectural design. 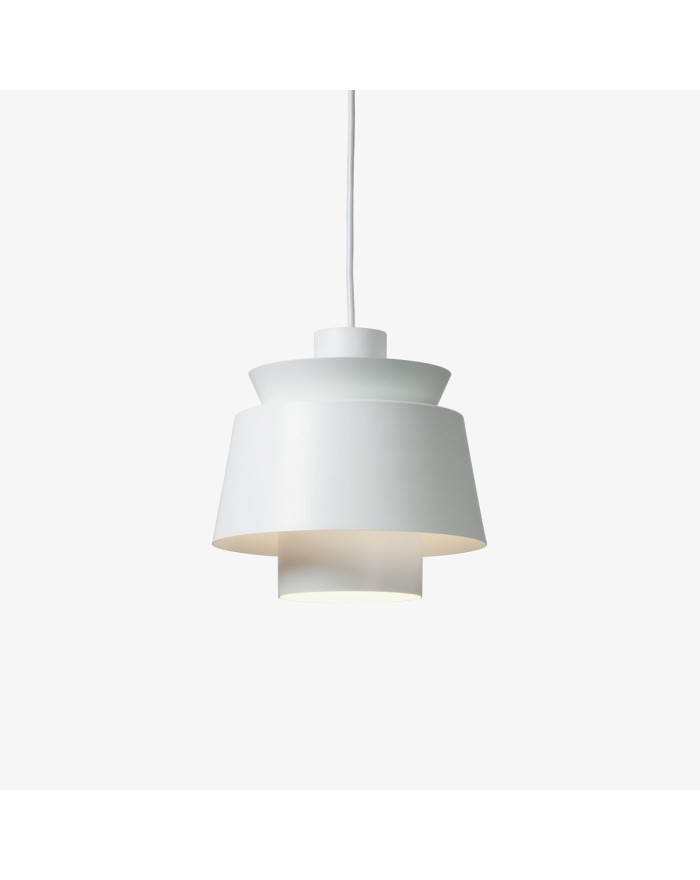 The suspension JU1 is available in white, chrome or copper Version