Komplot Design is a design studio based in Copenhagen, Denmark. It was founded in 1987 by Danish architect Poul Christiansen and Russian-born designer Boris Berlin. The company works within the fields of industrial, graphic and furniture design. Poul Christiansen (born 1947) graduated as an architect from the Danish Academy of Fine Arts in 1973. From 1969, he worked as a freelance designer, designing for companies like Danish lamp manufacturer Le Klint and Herman Miller. Boris Berlin (born 1953) was born and educated as an industrial designer in Saint Petersburg, then working with the design of optical instruments and aerospace equipment before moving to Denmark in 1983. From 1984-87, he worked as a product and graphic designer. Poul Christiansen and Boris Berlin founded Komplot Design in 1987. 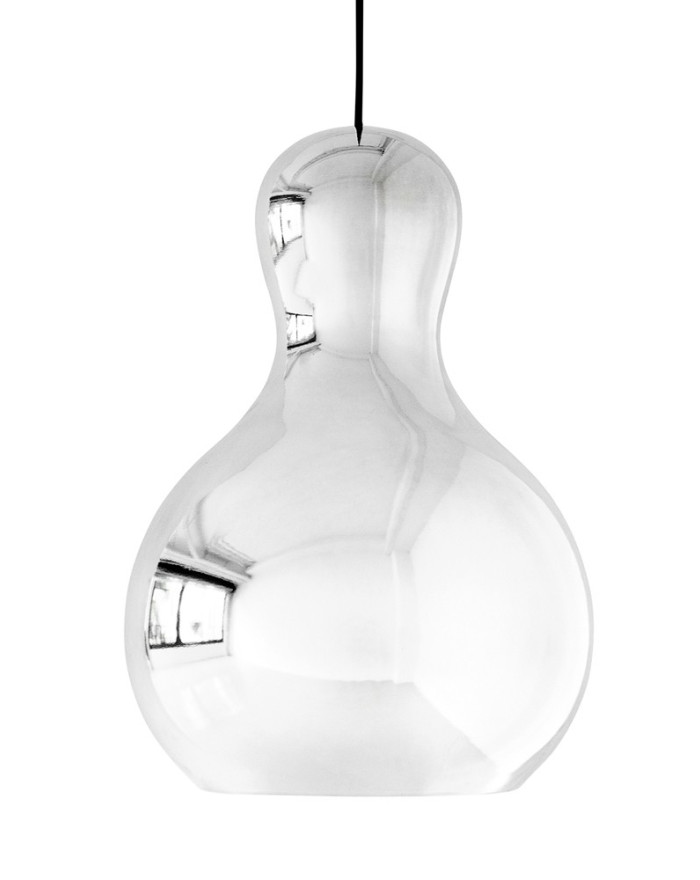 The shade of the pendant calabash is made of chrome steel and fit perfectly for small space to be lightened.