Gunnar Biilmann Petersen (1897 – 1968) is a Danish architect and designer. After completing his studies at the Royal Danish Academy of Fine Arts’ School, he worked as an architect before achieving success in the field of graphic arts. Also a teacher and researcher, he was named first ever Professor of Design in 1951. Over the years, he suggested many table lamp designs for Le Klint, some of which are still in production today. 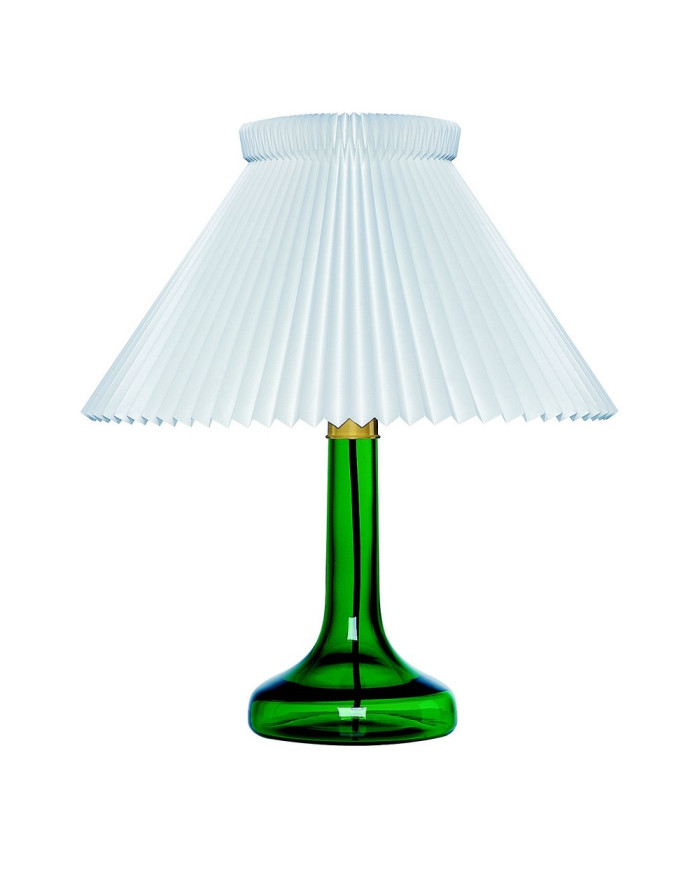 Biilmann Petersen design, 1948. The Klint 343 table lamp is a functional lamp with a classic design. Its stand in green or blue glass brings colour to the room, while its pleated shade lets out soft, diffuse light and creates a particularly serene atmosphere around it. Can be placed on entry tables, bedside tables, living room tables or desks.