Bruno Mathsson was one of the most important Swedish designers of his generation, born at the beginning of the last century in 1907, he grew up in a family of master cabinetmakers, the foot stalled at a young age, he quickly acquires a great mastery and perfect technical and scientific knowledge of the wood.
Bruno Mathsson very quickly wants to go further and conceive, inspired by the functionalist movement and its theories, he first wants to create furniture adapted to his time. Meanwhile he also studies the principles of functionalism design and educate himself through books. In 1930 he exhibits his first Baroque chair made for his father's studio at Värnamo's Art and crafts fair, which allow him to win a scholarship and visit Stockholm and its World Expo. This will be major turn in his life, freeing him from the weight of the family workshop traditional thoughts and allowing him to find his own language.

Between 1933 and 1936, three chairs important chairs in Bruno Mathsson's career are presented in Gutteborg at the Röhsska Museum of Arts and Crafts; working, easy and longchair 1936, made of a monobloc structure and fabric straps, they are the first great success of the designer, taht brings him the expected recognition as one of the best Swedish designers.
Its day bed "Paris" and its furniture exhibited in 1937 at Paris Expo, which asserts its fame in an international way.

The company Bruno Mathsson International publishes the iconic and timeless furniture of its great founding designer. 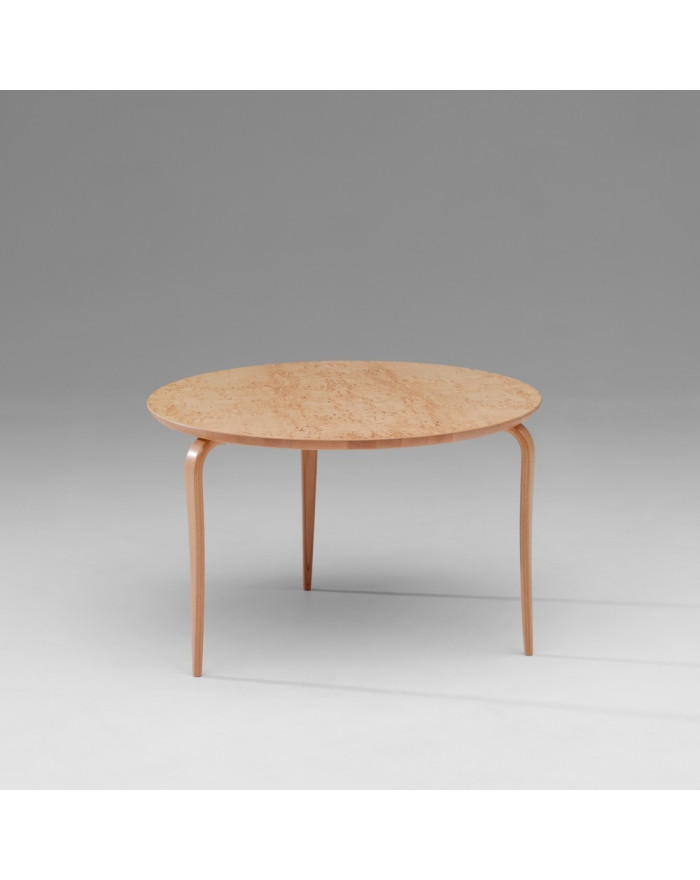 Laminated chair, with or without armrest, in birch (low based seat, short legs) and beech (high based seat). The seat is made of plaited linen webbing.

Laminated chair in birch (seat) and beech (legs). The seat is stretched in strips of linen, headrest in feathers and fabric.

Chair in laminated beech. The seat is in strips of stretched linen, equipped with headrest in feathers and fabric or leather. 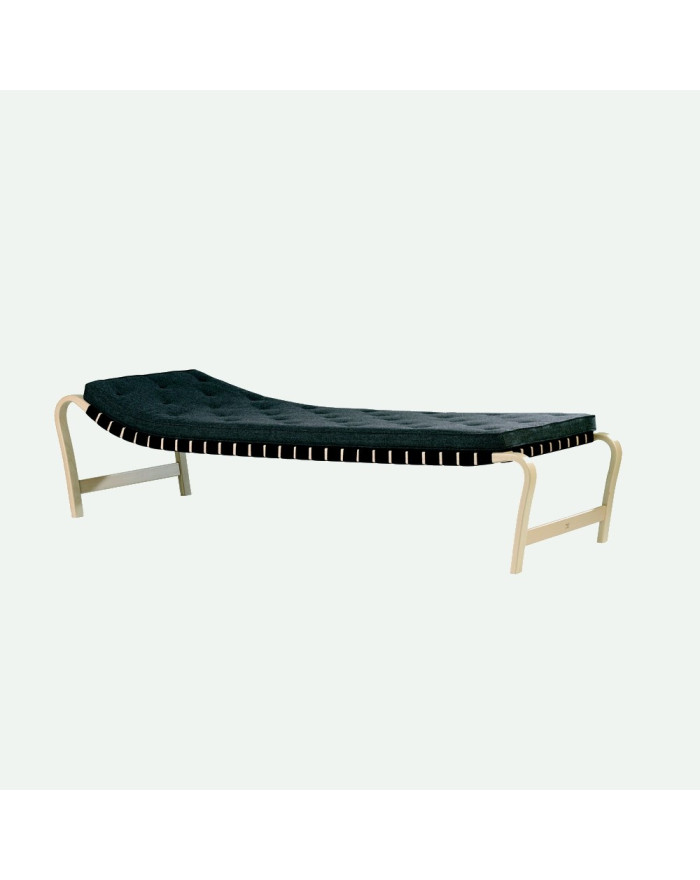 Daybed with frame of bentlaminated beech and plaited webbing.