Piet Hein was a danish designer, a prolific  genius of creation, he was recognised for his revolutionary creation born from a mathematical equation, the super ellipse, perfect combination between the rectangle and the circle,  wich inspired the supper Egg Serie.
In Danmark he is known as much for his design than he is for his Poetry work wich marked forever Danish culture and is know part of its inheritage.
Under the pseudonym Kumbell he wrote more than 7000 short aphoristic poems tainted of humour, irony and paradox.
They were born from the the imagination of Piet hein in the 30's but difused to a wider public as they were published under the danish occupation in the famous danish newspaper Politiken.

The designer Piet hein is internationally recognised for numerous of his creations, betewenn them the sinus lamp, the super Egg serie : the Super egg lamp, the Super egg vase, inspired by his revolutionary Mathematic equation wich gave birth to a perfect geometric combination of the rectangle and the circle, the « Super Ellipse ». Nonetheless Piet Hein was also a painter and above all a great poet, threw his Kumbel Kumbell character and pseudonym he was able to leave his own indelible legacy to the danish society.

He was born in Denmark in 1905 in an eclectic and upper class family, his father was an ingeneer and his mother a renown eye doctor and active member of the « Kvindesamfuld » ( danish woman society), organisation that campains for woman rights and their social status in Denmark.
His maternal grandfather was a famous lawer and politician. Piet Hein is evolving in a house were figures of numerous domains visit : littérature, Science, art, such as the writer Karen Blixen, the Physicist and futur collaborator Niels Bohr.
This atmosphere excites his curiosity and his developps his sense of universal fellowship belonging, he will later become a wonderfull defensor of world brotherhood.
He will have strong friendships with ecletic figures such as Albert Einstein in wich he admires the openess and tolerance but also with Charlie Chaplin.
Piet Hein posseses all the skills of a Renaissance man, the inventive scientific genius and the artistic sensitivity. He has a worldwide vision as well as a deep love for his Danish native language. 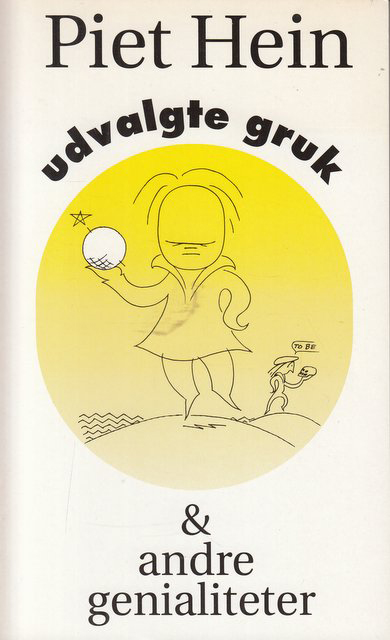 With the Nazi invasion in 1940. Piet Hein found a way to dessiminate a passive restistance to the nazis under the pseudonym and character  Kumbel Kumbell (litteraly : tombstone, the meaning of Piet hein in its Dutch origins, traduced in ancient Danish).
Under Kumbell Kumbel pseudonym, Piet Hein starts publishing short aphoristic poems named « Grooks » (Gruk in Danish)  a work he has already started in the 30’s and that would be from then on published in the famous danish newspaper « Politiken ». Using a pseudonym distinguishes Piet hein’s poetry work from his others activities and ensures him the anonimity he needs to be protected againt the Nazi’s threats, Piet Hein was also the president of the anti-nazi union!
Grooks are short poems or poetics maxims always accompained by a drawing wich is has its meaning too (Piet Hein Versatility was such that he could draw with his right hand, while writing with his left one). They contain small encoded messages destined to the danish readers and wich subtle use of irony  is almost imperceptible to the Germans, made of permeable references from a culture and langage of their own, the danish one.

The Grooks are made with a  great economy of words and lines and often deal with basic truths embodied by a sophisticated rhythm and rhyme, written in Danish though sometimes in English.
They mostly deal with human condition, and often reflect the general feeling, sometimes giving observations on life, others providing advice on a certain art of living or even questioning the reader, but always meant to exorcise the anxiety of the darkened modern times.
Often tainted of humour, irony and paradox but always with a precise use of language.
Through them are reflected Piet Hein personal  ideas, he is convinced that what devides people is not the  haves or haves not but knows and knows not.
The grooks poems have a wide and immediate  success as they are published, Danish people are enthusiatic, and the » Politiken » newspaper is flooded with calls, their popularity even cross borders in Sweden and Norway.
They will be forever part of the danish heritage, and still are today used as sayings or proverbs to deduce or advice. 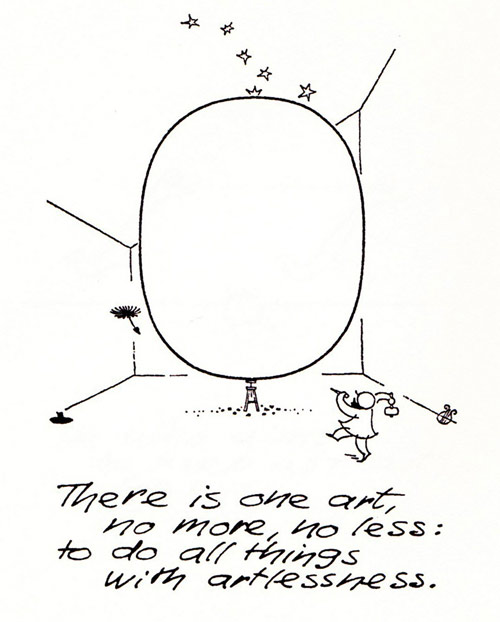