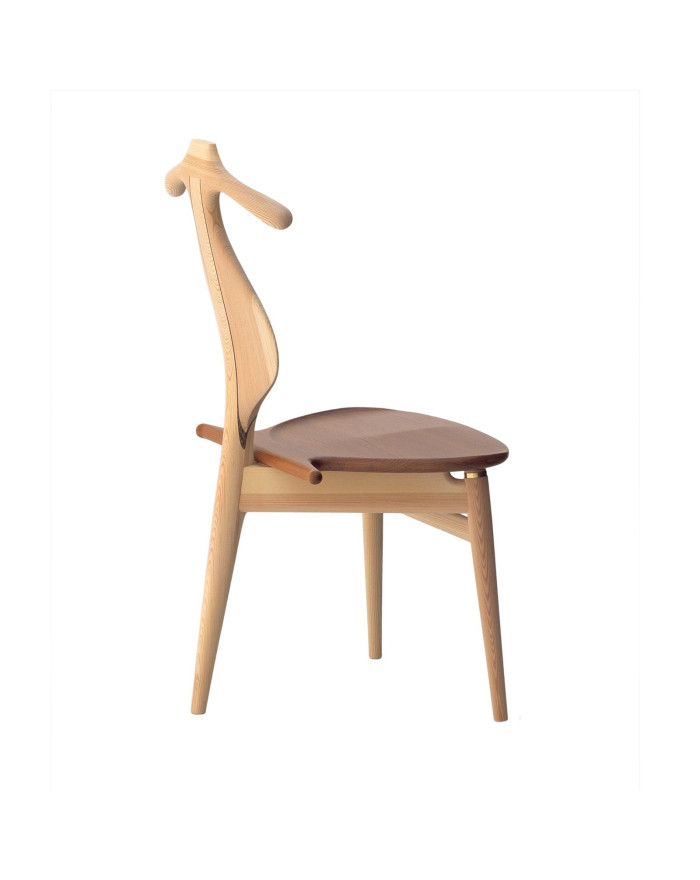 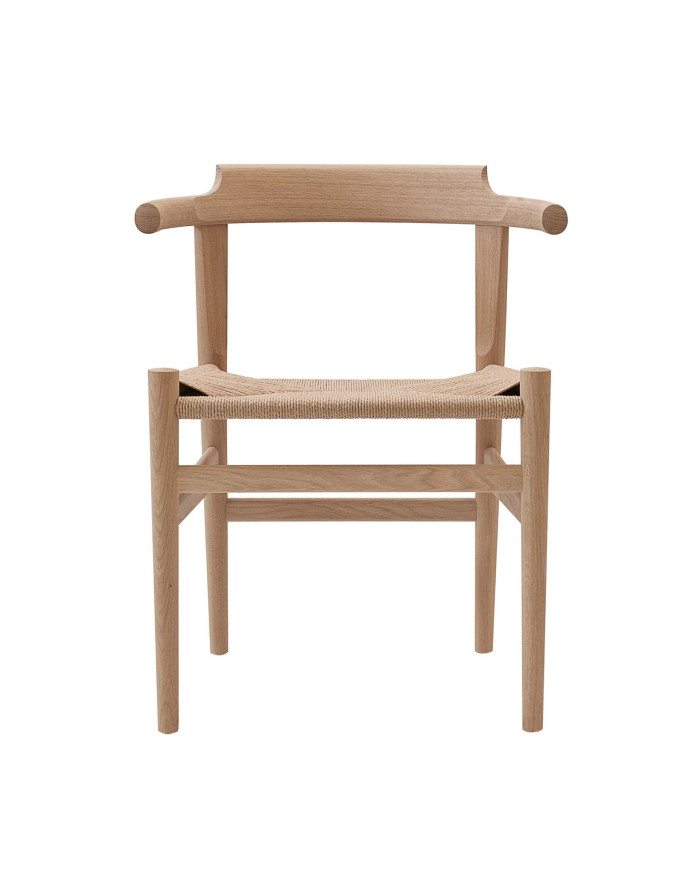 Hans J. Wegner design, 1949. Although designed as a comfortable dining room chair, the Icon chair is also frequently used as an office armchair. Its impeccable design not only provides strength and stability, but also makes it beautiful from every angle. Entirely made out of wood, the chair has a very natural look, which allows it to blend into any kind of interior, whether modern or classic.

The Icon chair, or the Round One, as Hans Wegner referred to it with his usual provincial modesty, is one of his most honored creations, and certainly one of the most famous pieces of Danish furniture.

First noticed by the American magazine in 1950, the chair obtained international recognition when, ten years later, it was chosen by John F. Kennedy himself for the first live televised debate against Richard Nixon. Over 70 million viewers then discovered the Danish chair, that the Americans simply dubbed The Chair.

The chair is entirely designed in solid wood with a plaited seat or an upholstered seat covered with leather. Built to last in time, its robustness truly represents traditional Danish design quality.

The seat is large enough not to retrict movement and was designed to provide maximum comfort.